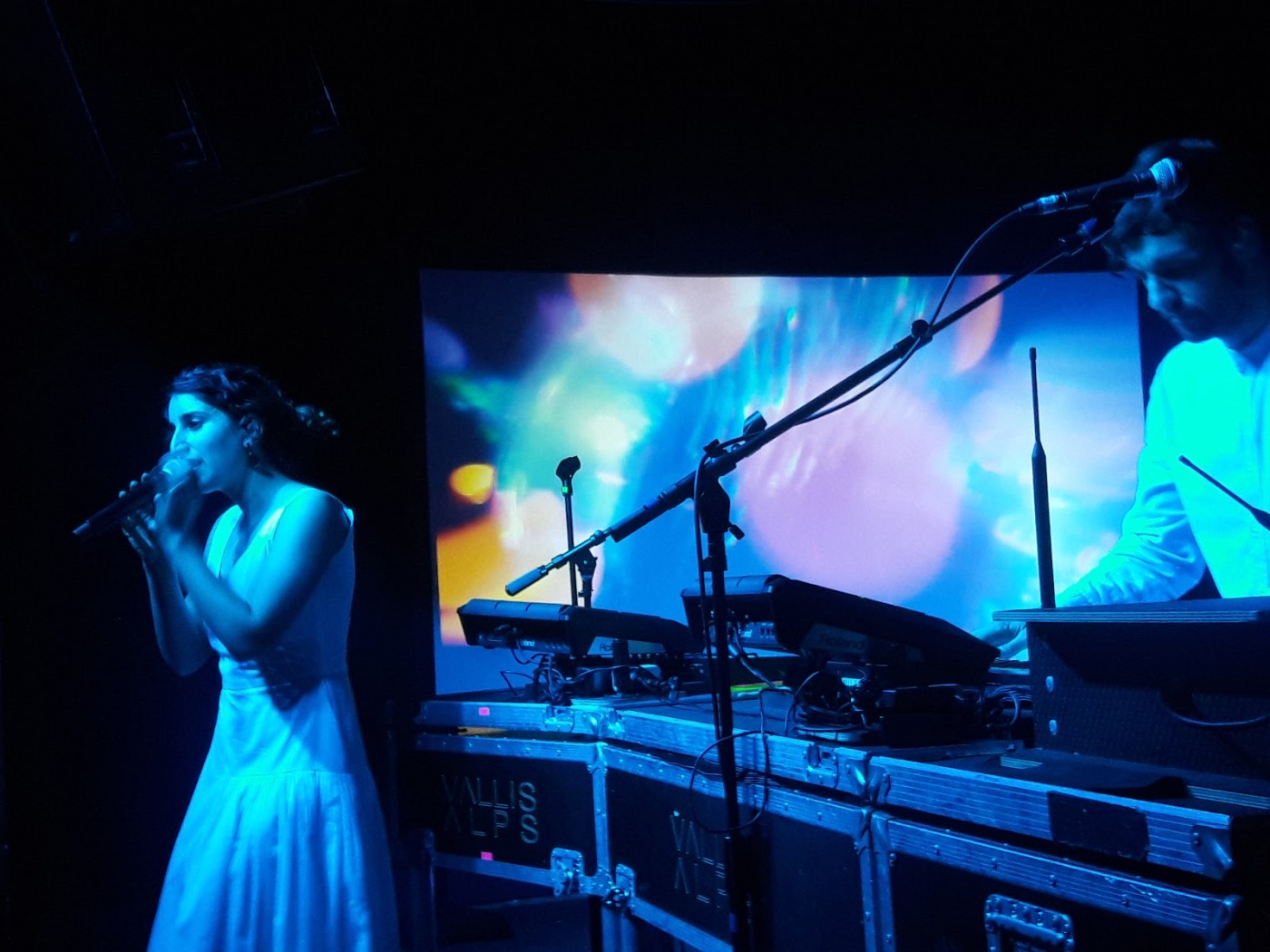 A vocalist accompanied by a producer has become a common band type in the modern world of music rife with MIDI drum pads and laptops.  Strangers You Know, Marian Hill and Sylvan Esso all come to mind.  Vallis Alps vocalist Parissa (based in Canberra, the capital of Australia) and multi-instrumentalist/producer David (from Seattle the capital of grunge) have created a sound which has become very familiar with groups like the Chainsmokers at the top the charts.

Parissa’s vocals are subdued, soft-spoken and never chaotic or bombastic. Calm, collected and serene, this Vallis Alps performance emoted that this was a place to forget about the troubles of the world outside of the club. Their white outfits and video projection of ultra-slow moving microscopic images complimented the subtlety of Vallis Alps vocals, allowing for an analyzation of lyrics in real time.  “When weeks went by that felt like hours” from their song “Young” felt especially poignant in today’s tumultuous political times.  Looped beats, live piano leads, knob turning, and shimmering keyboard sounds played on two percussion pads by both David and Parissa were complimented by a smattering of live, clean guitar during their performance at the Masquerade in downtown Atlanta.

A set list of the show can be found here.

I saw this show using Jukely, an app that puts you on the guest list for a show every night for $25 a month.  Use my Jukely link to receive $10 off your first month. 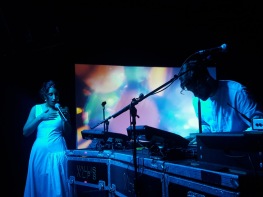