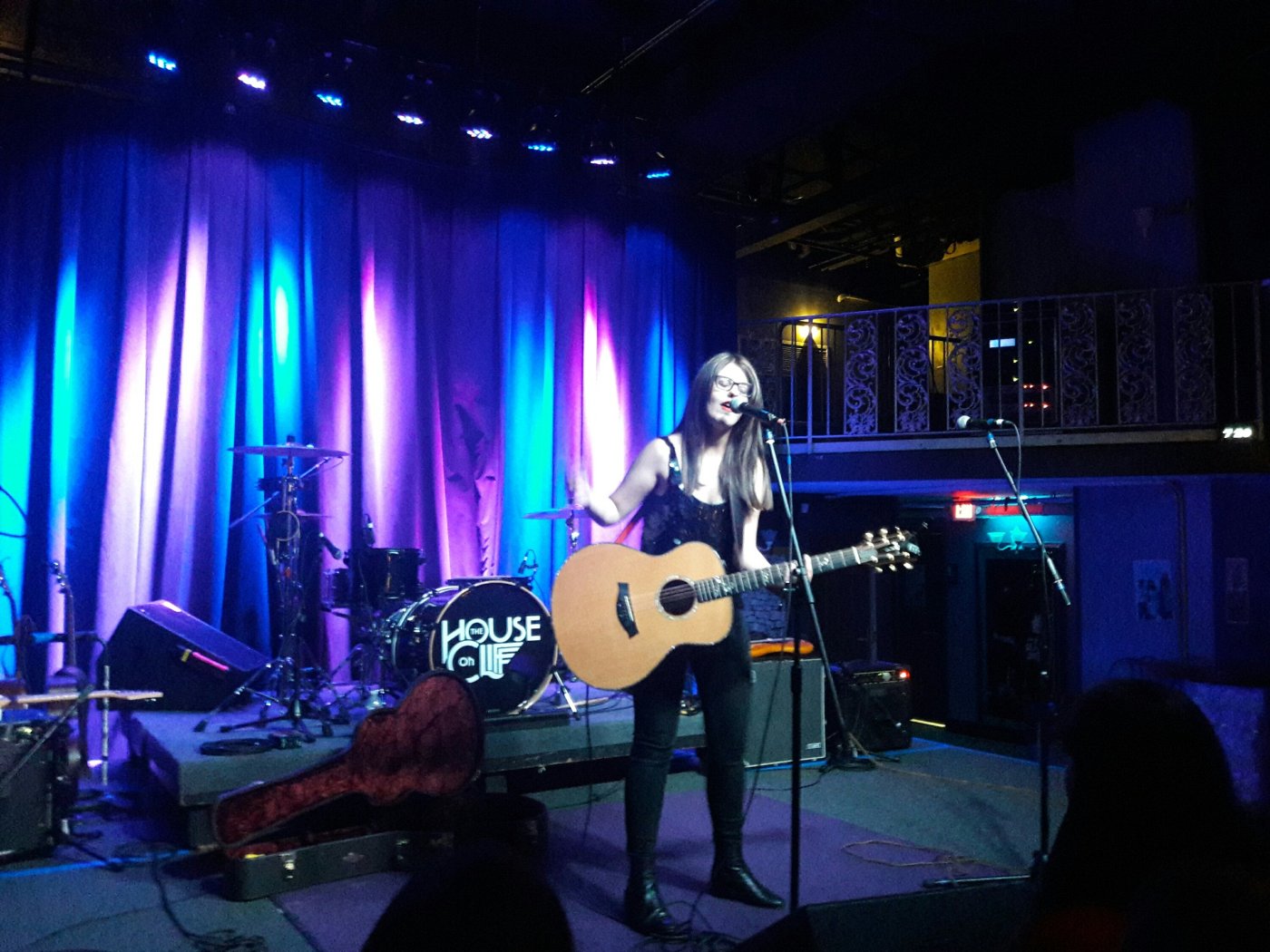 Decked out in a black sequined top and ripe cherry red lipstick, Maggie Schneider, started her quick set in Purgatory with a cheerful eagerness.  The local songwriter was armed with her acoustic guitar, the case for which she left open on the stage reminiscent of a busker who could be on the streets of Atlanta.

Maggie performed originals like “Insomniac” which told personal stories in an upbeat tempo.  Clearly knowing her audience, she performed a Blue October cover that headliner Dalton Rappatoni was known for singing on American Idol.  A new song, Tinted Glasses, drew some digital lights in the crowd.  She followed this by bringing up songwriting partner Alex Crane, to perform “Break”, a duet complimented by their male/female vocal pairing. Maggie closed out her set on a high note by playing an upbeat original that got the crowd clapping along to provide the backbeat.

I saw this show using Jukely, an app that puts you on the guest list for a show every night for $25 a month.  Use my Jukely link to receive $10 off your first month.