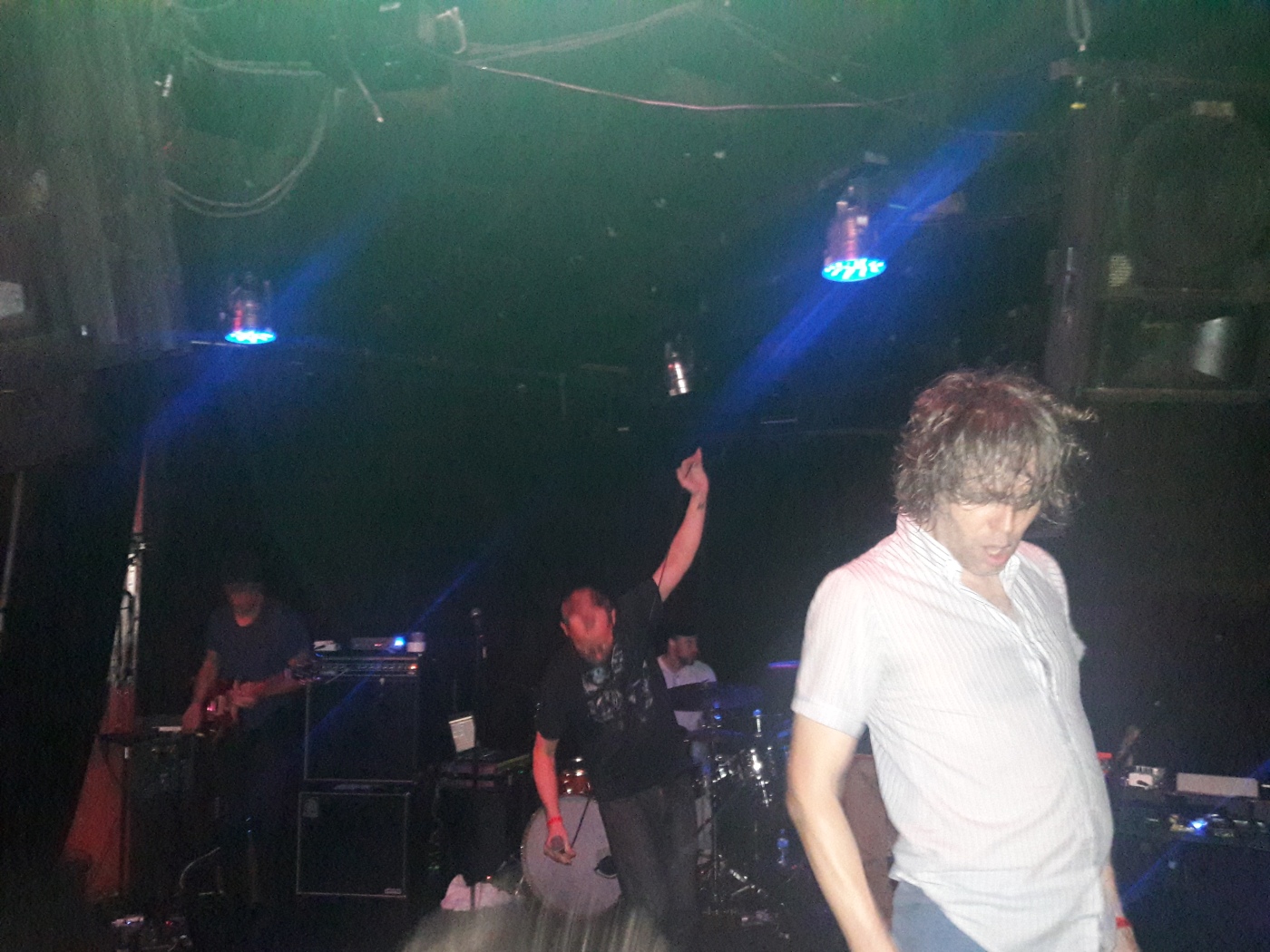 I’m not going to lie, I am really biased when it comes to !!!.  They’ve been my favorite band since I first heard them in the Spring of 2007, although they’ve been together for over 20 years.  In that time, they’ve completely evolved from a rough sounding funky punk group to a live house party constantly redefining the next evolution of music to shake your ass to.

The first time I saw them, I flew up to Baltimore on an airline ticket I was gifted that I was afraid might expire, which basically set a bad habit of traveling whenever they tour within a few states.  Of the eight times I’ve seen them, only three have been in Atlanta, so to have them play at the Earl, a place I love, in the city I live (near), set the tone for a great night.

After watching local openers PLS PLS, !!! hit the stage with NRGQ, a fast-paced house tinged song from their latest album, Shake the Shudder.  Touring with them to provide female vocals is Meah Pace, a former Baltimore Ravens cheerleader with lungs that could throw you against a wall.  Again, yes, I’m biased.  I’m from Baltimore, I love the Ravens.  Meah has a Super Bowl ring.  How could I not enjoy this show?

Not 8 bars in and the audience started dancing.  I have never seen a crowd throw down with such reckless abandon like I do at !!! shows.  When singer Nic Offer comes out in his shorts, people know it’s time to party.  They kept the house music sound going with All U Writers, a song with some snarky music snob in-jokes sprinkled through the verses.  !!! played another track from their new album with Meah before slyly building up to Pardon My Freedom which contains the even more timely now than it was in 2004 line “You can tell the President to suck my fucking dick.”

After going way back in their catalog for Pardon My Freedom, they passionately performed two of their most empowering songs.  A recent single, Dancing is the Best Revenge, seems like an excellent concert A-side for the follow-up, Freedom! ’15, a six-minute anthem to getting out of a toxic relationship that once helped get me through a shitty time in my life.

Two more duets showcased the playful stage presence Nic and Meah have built up through their many times touring together while their final song, Slyd allowed Gorman ( a multi-instrumentalist who sadly didn’t play any horns during this how) to come out from behind his digital playground to let his freak flag fly in Atlanta.

I didn’t think the night could end any better until the guys jumped on stage for a one-song encore to play Yadnus, a song from their 2007 album which first introduced me to the band.

Check out their latest album Shake the Shudder, and find them on tour!

A setlist for this show can be found here.