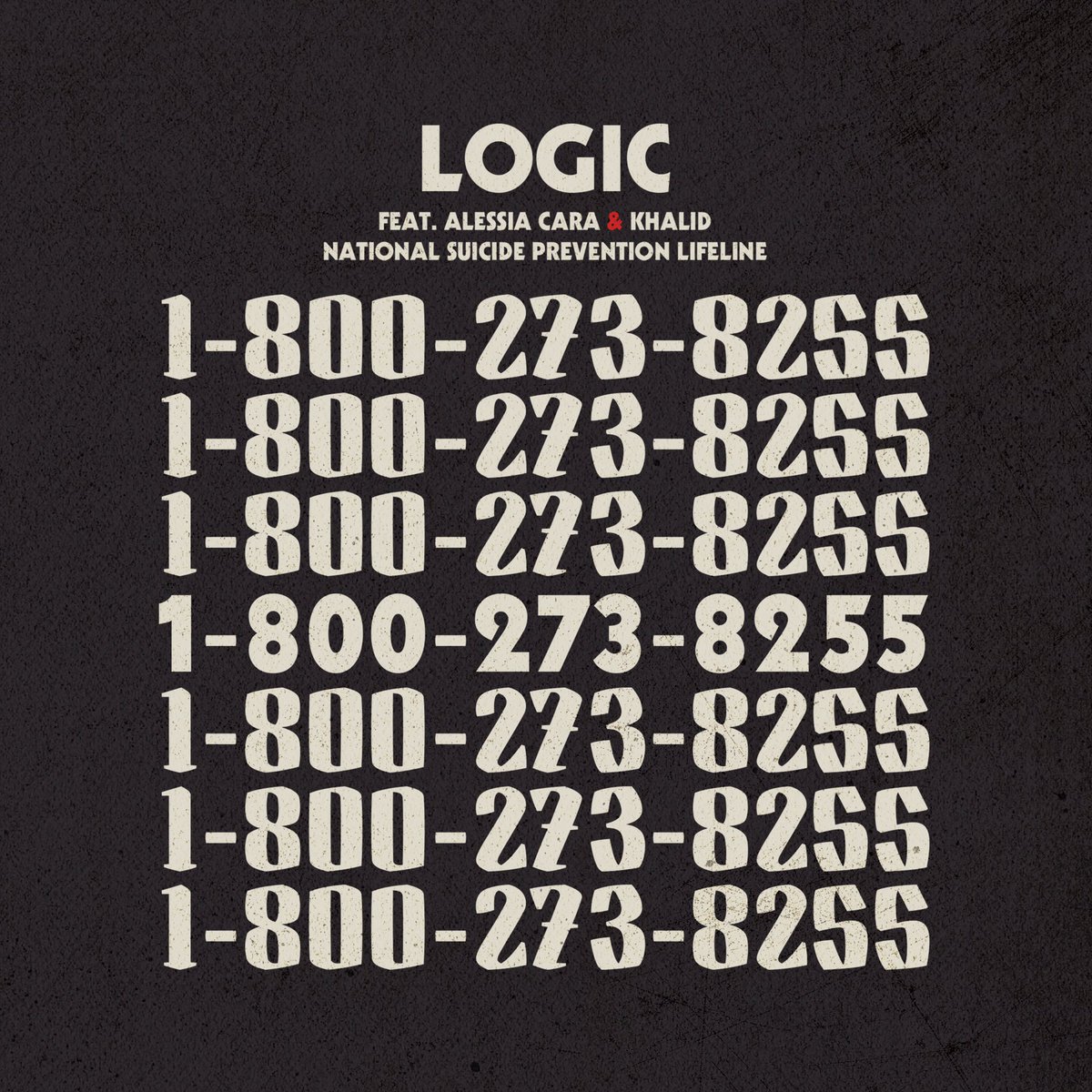 Holy. Cow. The first three songs I’ve listened to for my Every Song Ever project have been about suicide. Ok. Here goes. I have tried to kill myself. I didn’t try very hard though. It was a cry for help. I started taking anti depressants shortly after and woh boy what a difference. That’s a whole other story but I felt like with three songs in a row? I had to say more than just what the song is like. On to the track.

Logic is super talented. This guy has an amazing flow and his ability to take such important, depressing and serious subject matter and turn it into a hit is, in a word, incredible. I sincerely hope people got help because of this song and I have a feeling they did.

This songs lyrics are the story of calling the national suicide prevention hotline. Logic starts out calling while wanting to killing himself. Alessia is the operator on the other side of the phone telling him it’s ok and by the end he wants to live and Khalid sings us out with a new perspective on life.

The lyrics are heartfelt, the orchestra lends it additional credibility and when he says “who can relate?” I can’t help but yell out woo!